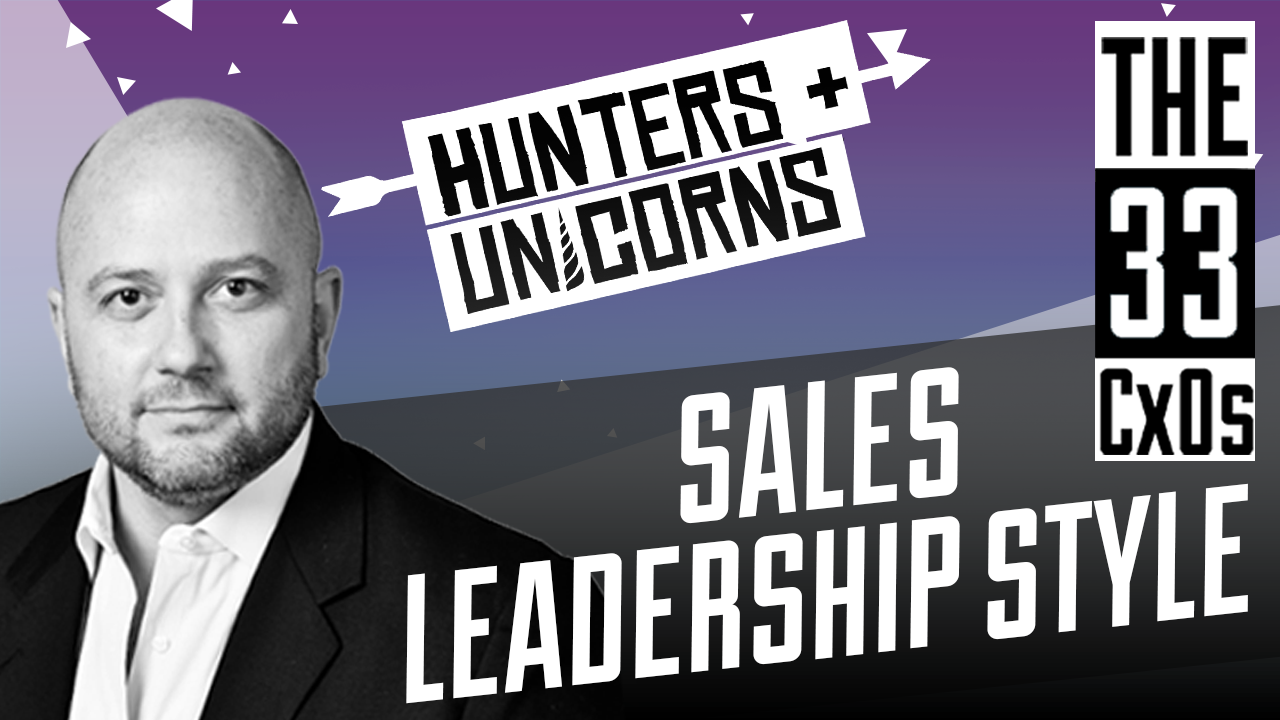 “You don’t want people to work hard because they have to fulfil reports, because Palladino is going to be on their ass if they don’t, that’s bullshit. You have to create a culture of ownership where people are committed to the outcome that they’re trying to drive for reasons that are very personal and important to their lives.” – Anthony Palladino

Episode 2 features Anthony Palladino, CRO Aisera. Anthony has more than 20 years of experience in sales management roles at technology companies such as BladeLogic, BMC Software and Splunk, where he was instrumental in the company’s $230 million IPO.

“I don’t want to win and have someone else lose. We win as a team and that’s something that is super important to me and that kind of competitiveness was a really strong element of the DNA and approach at BladeLogic for sure.”

After a modest start to his career selling knives, Anthony transitioned into the software space and began his trajectory to becoming a sales leader in this field. During his time at BladeLogic, under guidance of John McMahon, the self-proclaimed ‘born salesman’ was able to fine tune his inherent capabilities for strategic sales methodology and establish his own unique approach to leadership.

“I’m not a yeller, I’m not a screamer and I’m never going to be that. I’m pretty intense but being able to learn what good operating principles were at BMC and BladeLogic and then being able to convert that into my style to make me the best leader is what’s helped a lot.”

In this vodcast you will discover:
How to use the MEDDIC framework.
How to recruit to build a successful sales team.
How to build champions and scale.
The influence of John McMahon’s playbook on the software industry.

Anthony knows how to build results-driven, efficient sales teams whilst driving business transformation and growth. We discuss the commonalities among all CXOs in this industry and discover which style of leadership propels the strongest growth rates. This insightful interview is essential listening for those with an interest in sales strategy, as well as anyone with a passion for the technology space.