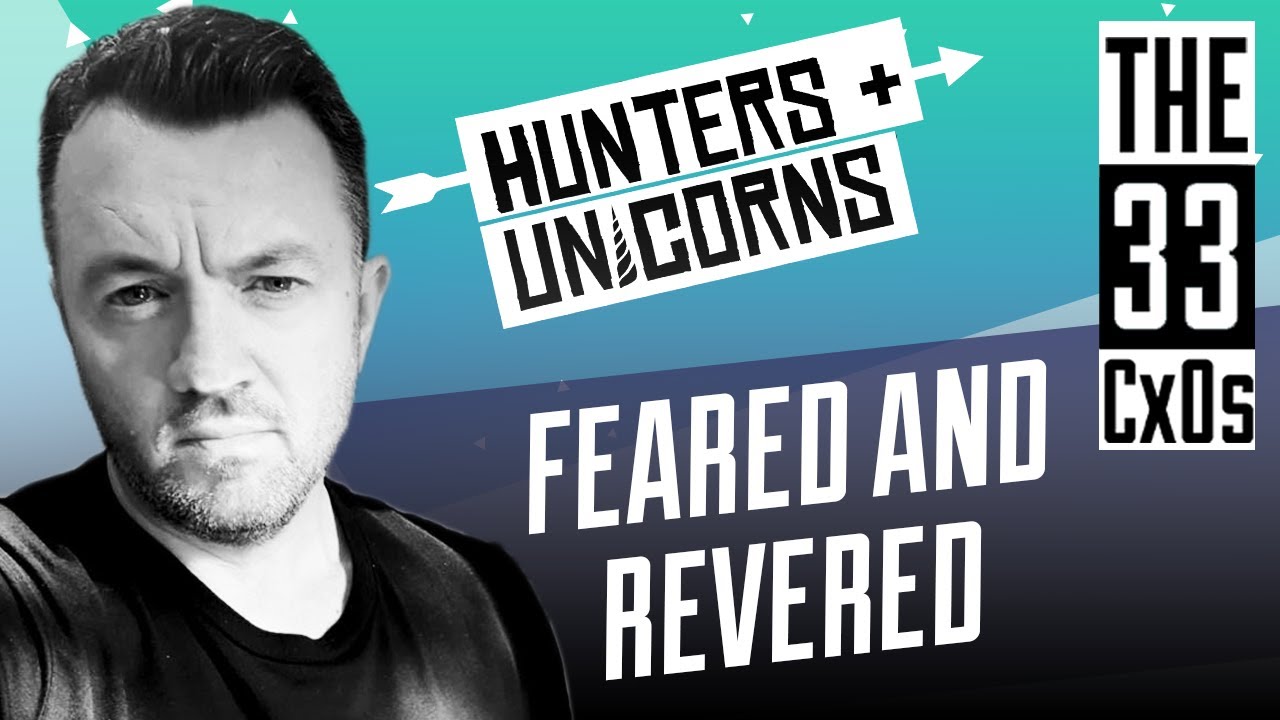 “Our goal is to make people very, very successful and then create huge enterprise value along the way. That’s the goal. There is recruitment as a process, there’s focus on personal development, there’s real focus on competition, and yes, we have the six-step playbook and the value framework, but ultimately if you don’t make those guys and girls successful, you haven’t got a company.” – Andy Sadler

Episode 9 features Andy Sadler, GM EMEA at Imply. With a long history in enterprise B2B SaaS, Andy’s track record speaks for itself. He knows exactly what it takes to build world class teams and businesses from scratch and has earned a reputation for himself as a strong leader with incredible ability when it comes to ramping the footprint of advanced SaaS companies while simultaneously boosting revenue.

Like many of the CXO’s being interviewed for this series, Andy’s drive and determination to win has enabled him to excel at two seemingly unrelated careers. He started out as a professional footballer playing for clubs in the UK and saw great success on this trajectory, but a change of circumstances led him to transfer his skills to a role in the technology space. Since then, he has soared through the ranks in leadership positions at PTC, Ascential Software, Bladelogic, BMC Software, Artesian Solutions and more recently leading the charge for EMEA market domination at SignalFx.

“Competition is a big one because if you haven’t got a competitor, you haven’t really got a market and if you don’t know how you’re going to win or why you’re losing, I don’t know how you’re going to get better. One of the reasons I’ve loved being in software sales from being in football is, there’s no difference. 90% of the game is done on a whiteboard. 10% of the game is how you play and that’s exactly what we do.”

Currently on a mission at Imply to create the most revered and feared go-to-market team in EMEA, Andy has spent his career learning from elite sales leaders and improving his knowledge and skillset every step of the way. He is a huge believer in the importance of adapting to change and has a passion for learning which has led him to evolve and realign the time honoured ‘PTC playbook’ to ensure success and beat the competition in the cloud era.

“No one’s the Oracle. You’ve got to be continually learning and continually feeding the left side of the brain to make sure that you understand and the best way to do that is learning from other people who’ve been through that experience. I was very influenced by Jonathan Farringdon who’s a very, very, very experienced sales coach who once said to me, “You learn through OPM – Other People’s Mistakes.” I am an avid reader of things to try and rectify my mistakes.”

In addition to improving his own skills, Andy has a passion and enthusiasm for his teams that is rarely seen. A true visionary when it comes to the science of sales, Andy is dedicated to training and uses his wealth of experience and knowledge to develop his people and offer them career progression. One of the core pillars of his playbook is “recruitment as a process” as he believes in the fundamental importance of hiring the right people and then investing in their development.

“One of the things I teach my leaders in that observation mode is that you’ve sometimes got to let the sales guy or the team fail. If you step in and save them, they don’t really understand and they can’t participate in their own rescue. I see many inexperienced leaders jump in and rescue the meeting, the opportunity, whatever it might be and that doesn’t help because you can’t scale that, because that means you’ve then got a superhero first line leader.”

In this vodcast you will discover:
The 3 elements of Andy’s Playbook – how he has adapted the methodologies for the new era
The common key character traits of CXOs and highly successful salespeople
How he went from a fearless sales guy to a high performing leader

Andy’s competitive spirit has led him down a truly inspirational career path, one that we can all learn a lot from. His time at PTC and BladeLogic enabled him to master the playbook in a culture of fear which verified his ability to survive and thrive in a high-pressure environment. However, today we discuss how Andy’s thirst for knowledge and improvement has led him to evolve his own leadership style and create a winning, competitive culture based on expectation and development- it’s okay to fail as long as you know why you failed.

We give you an insight into Andy’s experiences in this industry, how sales tactics have evolved since the early days and how to survive in the technology space today. This discussion is essential listening for those with an interest in MEDDIC based methodologies, sales leadership as well as anyone with a passion for the technology space.